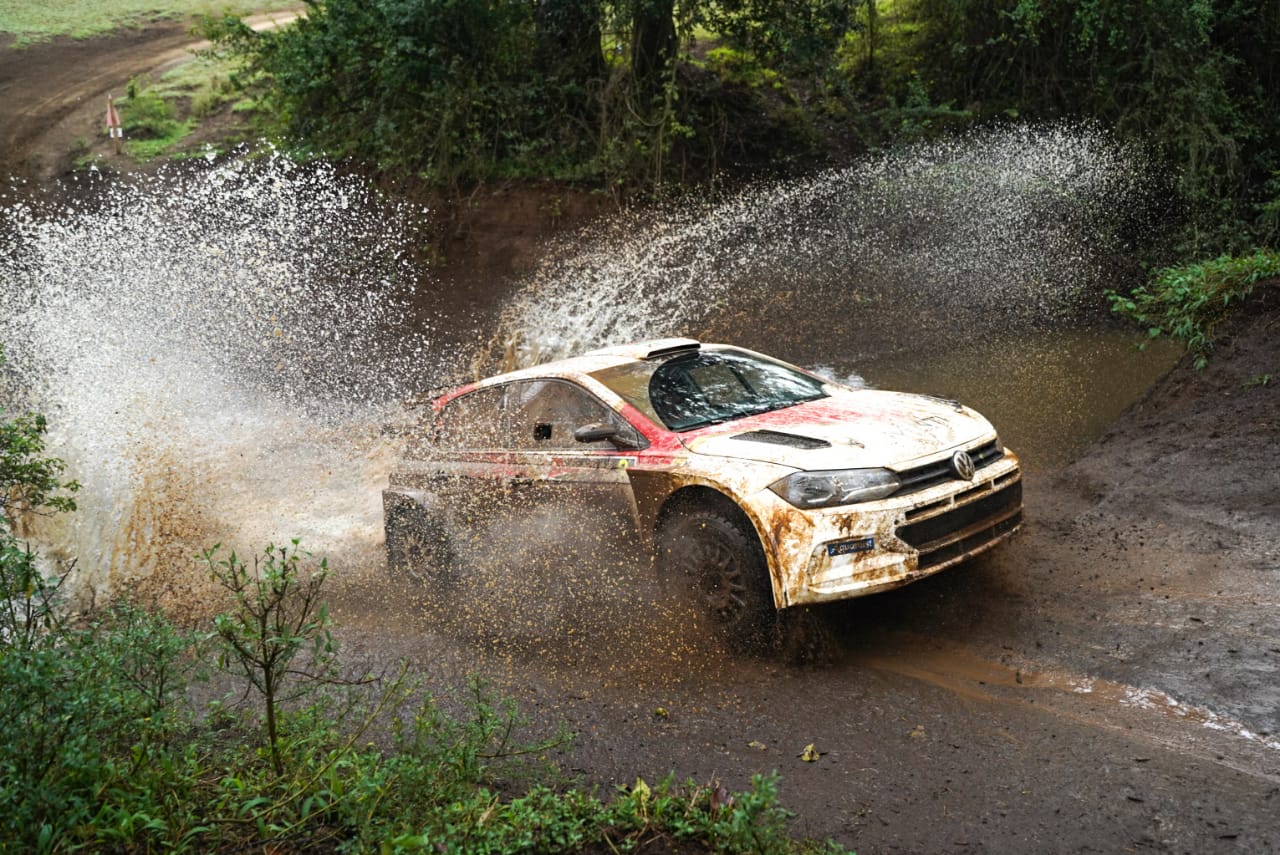 Naivasha, Kenya, April 24, 2021—Carl ‘Flash’ Tundo took an overnight lead after a thrilling Day One of the Africa Rally Championships (ARC) Equator Rally on a day a good number of casualties were recorded in Naivasha.

Only 19 out of 33 starters completed the first leg which drivers described as rough, challenging, and unkind to tyres.
ARC Safari Rally Champion Baldev Charger, fast -rising Onkar Rai, and Karan Patel were some of the biggest casualties.

Tundo driving a VW Polo R5 and navigated by Tim Jessop, won all the six stages to close the day on a cumulative total of 1:39:14.4 hours, earning him a commendable 7:15.1 minutes lead.

“The second loop was good and dry compared to the first loop. I took it easy the moment I realized that Baldev Chager and Onkar Rai were out, so tomorrow I will be cautious and just ensure that I maintain the lead and finish the race successfully,” said Tundo.

He added: “ The car is very fast compared to Evolution 10, I haven’t reached its peak, I’m just driving it to my ability.”

Tajveer Rai also driving a VW Polo R5 and navigated by Gareth Dawn finished the day second and vowed to be cautious in tomorrow’s final round that will take the drivers to Kedong.

Meanwhile, heavy rains around the lakeside region threw another spanner in the works of an already-technical route course. The wet and slippery conditions sloshed the usually dusty conservancy roads for what turned out to be a gruelling start to the opening day.

This culminated in diminished traction and a myriad of challenges with car number 26 of Hussein Malik being caught on a super tricky wash-away.

Ian Duncan in a Nissan 240RS was a casualty of the day but will rejoin the event tomorrow on the Super Rally rule.

The opening day consisted of two passes through Lake Elmenteita whose shores are grazed by buffaloes, zebras, gazelles and elands and families of warthog and diverse species of birds.