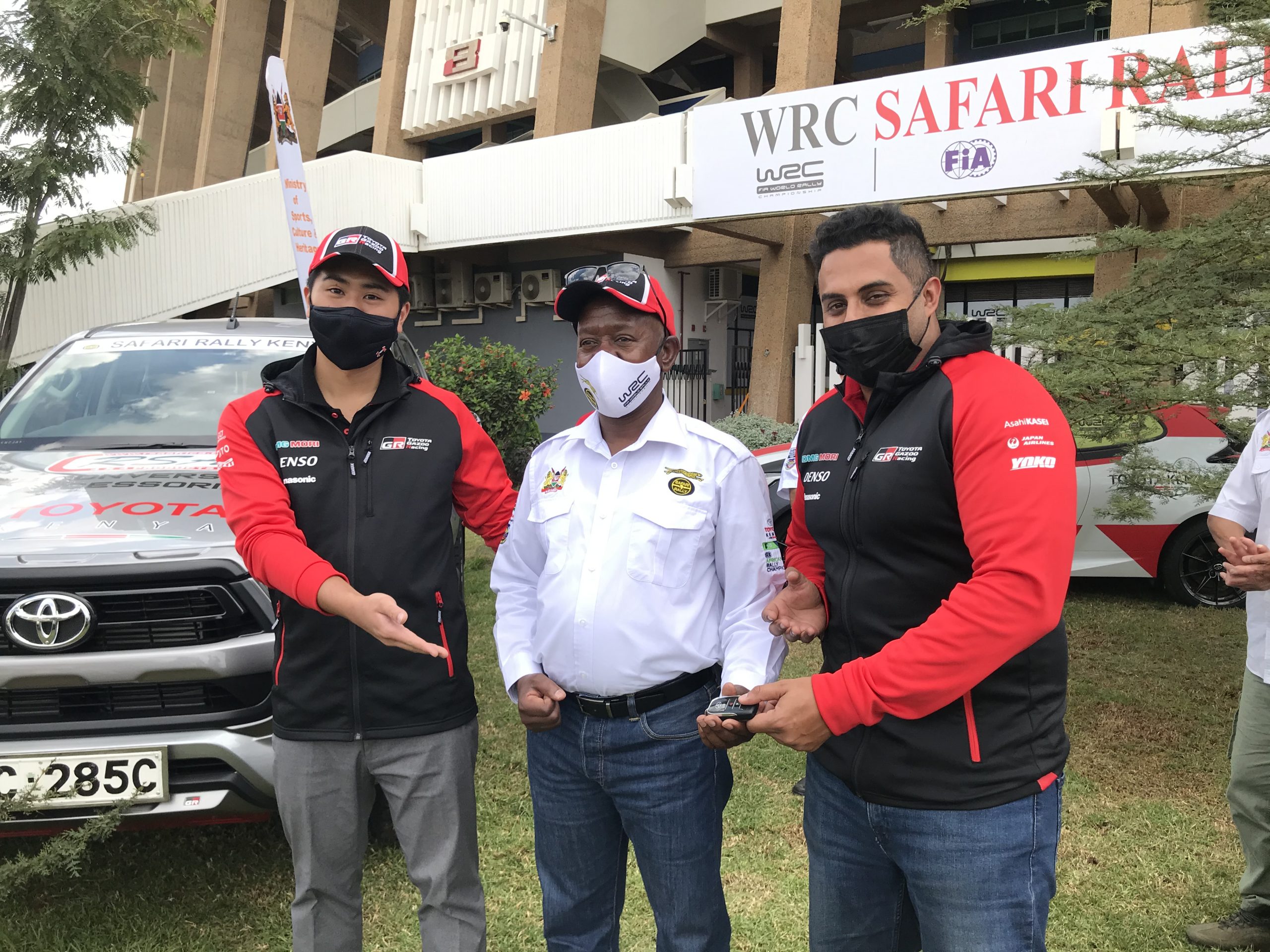 Nairobi, June 12, 2021 — Kenya’s Leading motor vehicle distributor, Toyota Kenya have officially unveiled the Double and Triple Zero cars to be used as course vehicles during WRC Safari Rally Kenya slated for June 24 to 27.
The two identical 2.8-litre Toyota Hilux GD 2021 series cars were officially handed over to WRC Safari Rally CEO Phineas Kimathi during a ceremony held at Kasarani Stadium on Friday (June 11).
Toyota Kenya and Toyota Tsusho Corporation (TTC) have committed Sh30 million shillings towards organisation of the iconic WRC Safari Rally.
Toyota Kenya Sales and Product Trainer Sukhjiv Singh Kular (representing Managing Director, Arvinder Reel) said: “It’s truly an honor to be a part of the iconic WRC Safari Rally. Toyota has been an avid supporter of Safari over the years and participated in the event for many years. This year, we are giving some of our best cars as safety vehicles which are the cornerstone products representing Toyota’s quality, reliability and durability.
“The car has more power, more torque (500nm) and better efficiency.” 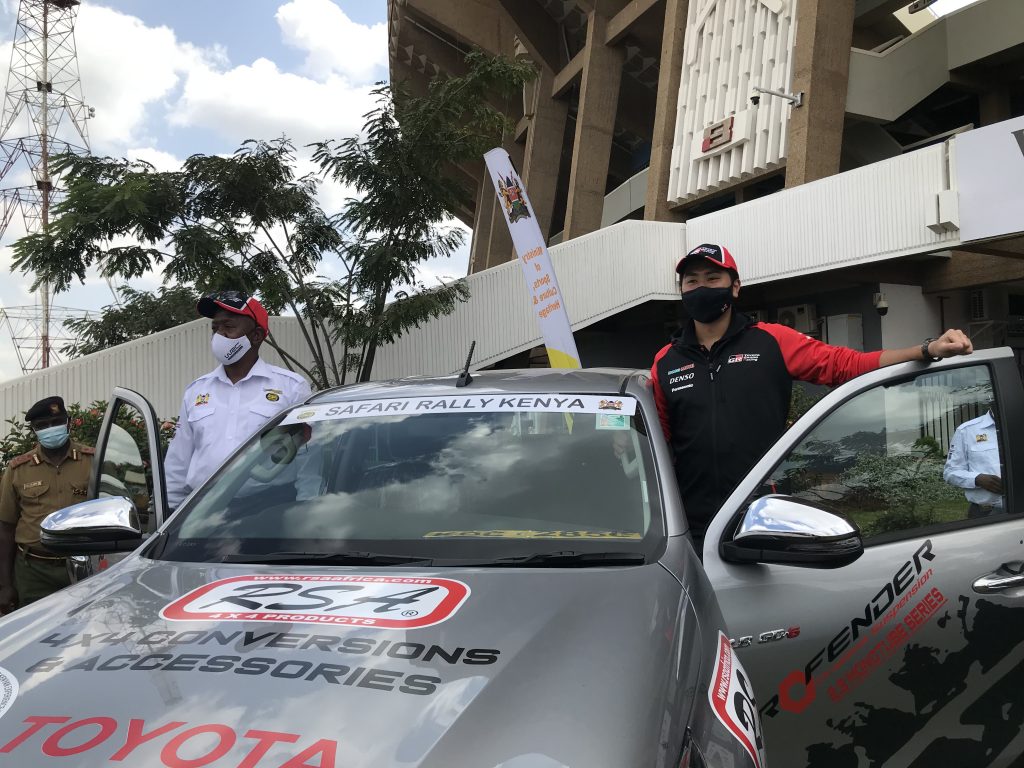 Kimathi thanked Toyota Kenya and Toyota Gazoo Racing of Japan for their unswerving support towards Safari, which is returning to the global arena after a long hiatus.
“I wish to thank Toyota Kenya and Toyota Gazoo Racing for donating the “000”, “00” and the replica of the Yaris WRC car being given as a huge sponsorship to WRC Safari Rally.
“The three cars will help us immensely in the running of the event.
“We have chosen to associate with very strong brands, just to make sure we make our partners proud. I’m talking about KCB Bank, Kenya Airways, and Toyota Kenya.
“I’m happy that Toyota has visited us to present the cars with just 12 days left to the start of this iconic event. With such generous support we want to deliver a great event,” Kimathi said.
Present during the occasion were Dom Saunders of Motorsport UK, FIA Vice President Surinder Thatthi, Toyota Kenya Sales Coordinator Ryo Hasegawa and Safari Clerk of the Course Gurvir Bhabra.
The Zero cars (numbered 000, 00 and 0) are course vehicles driven through a stage before the competitor cars start to alert spectators that the section is live.
The zero car is traditionally preceded by the triple zero and double zero cars.
Toyota GD engine series is a diesel engine produced by Toyota which appeared in 2015 replacing the Toyota KD engine series.
Still called the 1GD-FTV, this new engine now makes 150kW at 3400rpm and 500Nm at 1600-2800rpm when running through the automatic transmission.
With a manual transmission, the torque output is capped at 420Nm at 1400-3400rpm.