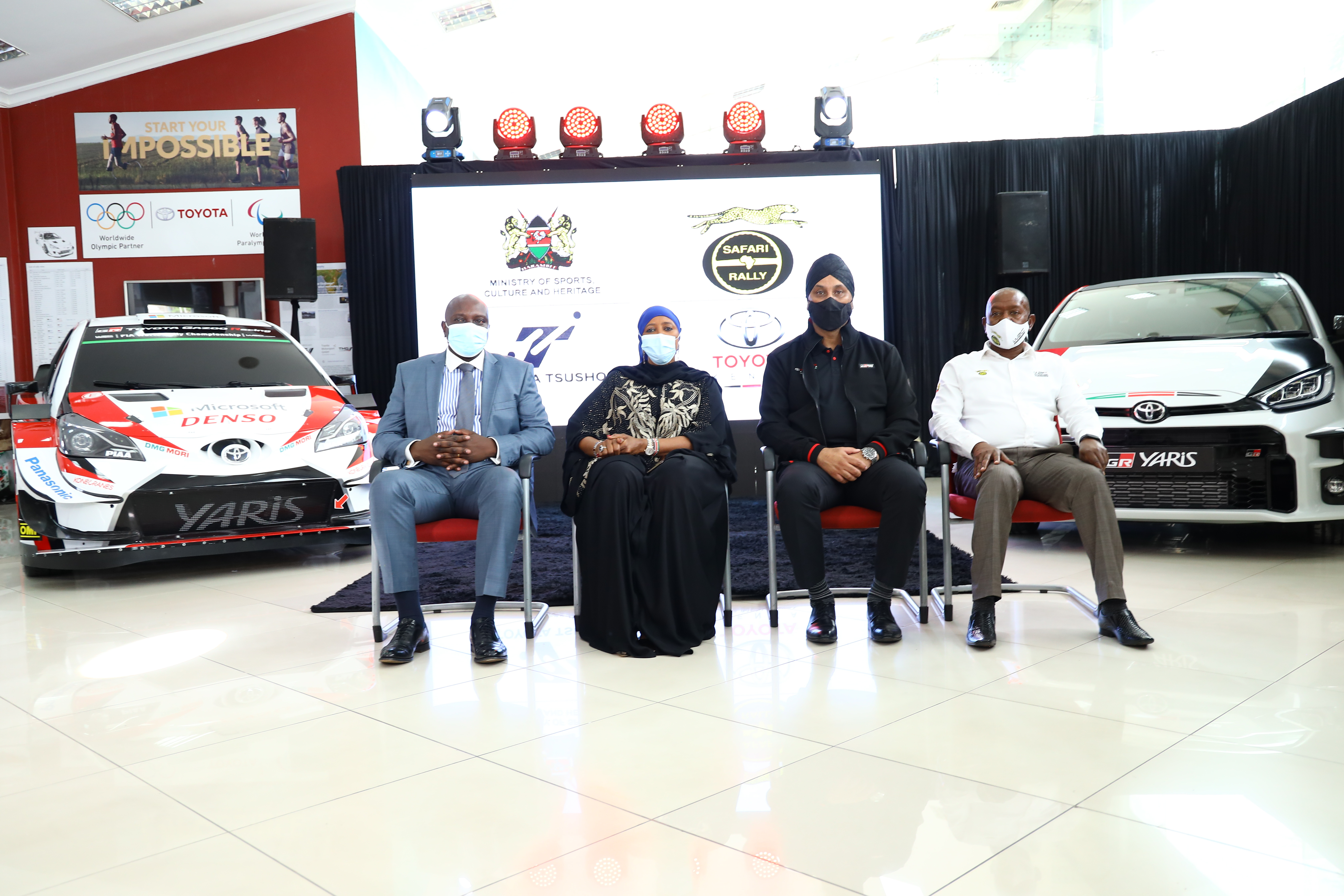 Nairobi, Kenya, May 10, 2021 — Toyota Kenya, the local franchise of Japan’s Toyota Motor Corporation, have unveiled a replica of the 2019 World Rally Championship (WRC) winning Toyota Yaris to give Kenyans the first glimpse of a modern WRC car in 19 years.

During a function at the company’s showroom in Uhuru Highway, Nairobi, today, Toyota Kenya officials said the car will be on display for the next two months in the build-up to and during the WRC Safari Rally.

“As momentum builds towards the start of the Safari Rally, Toyota Kenya will give rally fans an opportunity to view the winning 2019 Yaris WRC Replica by the Toyota Gazoo Racing team,” said Toyota Kenya Managing Director Arvinder Reel.

In addition, the company also committed donated the “00” Toyota Hilux safety car in another Sh2 million ($20,000) to be used in the Safari Rally.

“The 2019 Yaris WRC features an outstanding engine performance with an intelligent four-wheel-drive system and suspensions that provide superb traction for its aerodynamic performance,” Arvinder added.

Toyota is not new to motorsport in Kenya.

In the history of the Safari Rally, the make recorded eight wins, with the first being recorded by the late Bjorn Waldegaard in a Toyota Celica TC Turbo in 1984 followed by Juha Kankkunen the following year.

Kenyan Ian Duncan is the last winner for the Japanese manufacturer in 1994 before the team exited the WRC in 1999.

“It is notable to say that it is in Kenya that Toyota gained its reputation as the “King of Africa” amassing an impressive eight Safari Rally victories.

“Today’s event brings us closer to re-living this Toyota experience when the Safari Rally returns to our country and continent in 44 days on 24th June, 2021,” said Kenya’s Sports, Culture and Heritage Cabinet Secretary Amina Mohamed.

“It will be exciting to see the Toyota Team back in action after the long break. The Safari Rally also became a testing ground for vehicle manufacturers to assess their products’ durability and reliability.

“This attracted core manufacturers, including Toyota, Ford, Mitsubishi, Lancia, and many top works teams in motor production and assembly,” the cabinet Secretary noted.

The CEO of WRC Safari Rally Kenya, Phineas Kimathi, thanked Toyota and Kenyan government, assuring that the Organising Committee will deliver a world-class event this year.

The Safari Rally will be making a return to the WRC circuit for the first time in 19 years when the competition runs from June 24 to 27.