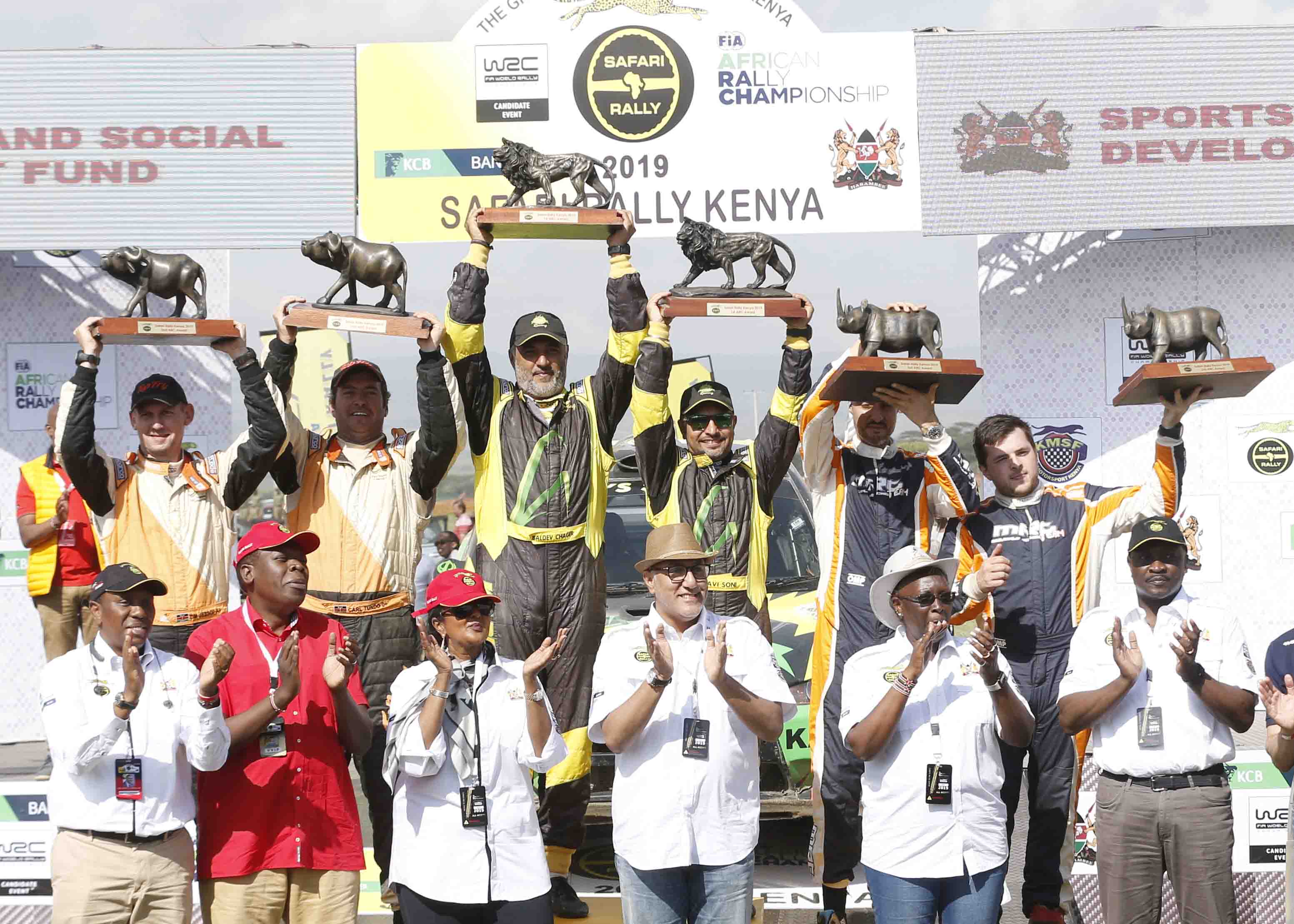 Nairobi, October 10, 2020–The Safari Rally’s eagerly-awaited return to the World Rally Championship is now set for next June following Friday’s (October 9) release of the 2021 World Rally Championship calendar by the International Automobile Federation (FIA).
The WRC Promoter, FIA’s commercial arm, announced that the World Rally Championship (WRC) Safari Rally will run from June 24 to 27 as the sixth round of the 2021 global series.
The Safari Rally and Rally of Japan were both included in the 2020 calendar, but were both canceled due to the Covid-19 pandemic, and are both listed on the 12-round 2021 roster with the Japanese round scheduled for November 11 to 14.
Also, Spain returns to the WRC after a year’s absence and will run from 14 to 17 October in the 2021 calendar announced by FIA Promoter managing director Jona Siebel.
The return of the Safari Rally – one of global motorsport’s legendary contests – to the WRC means that the world series returns to Africa for the first time since 2002.
The 2021 WRC Safari Rally will be run in closed sections largely around Naivasha.
Phineas Kimathi, the WRC Safari Rally chief executive officer, welcomed the new dates and assured that preparations for the iconic rally were well ahead of schedule.
“I’m actually in Naivasha at the moment for a visual inspection of the Service Park which is coming up well and Phase One is almost complete,” Kimathi said.
“Phase Two of the Service Park, which is the VIP Pavillion, will start as soon after the completion of Phase One.
“All I can say is that we are preparing very well.”
The announcement of the 2021 dates came shortly after the FIA welcomed the election of Kenya’s Sports, Culture and Heritage Cabinet Secretary, Amina Mohamed, into the FIA’s World Motor Sport Council.
Croatia will also host a round of the WRC for the first time in the 2021 calendar, with the round scheduled for April 22 to 25.
Siebel said the 2021 calendar will appeal to both drivers and fans, welcoming Croatia’s entry into the series.
“The inclusion of Croatia to the WRC for the first time is an exciting new challenge to our fixture list and brings huge anticipation,” he said.
Last year, WRC rallies were followed by 836 million viewers, and four million spectators attended the 13 rallies.
Croatian Car and Karting Federation President Davorin Stetner welcomed the decision to rope Zagreb into the global series.
“We will show Croatia in the best light and mark 115 years of motoring in Croatia in the best possible way,” said Stetner.
“That is not only a sports competition but an opportunity to present Croatia and its tourist offer,” said Daniel Saskin, head of Croatia Rally organisation committee.
Estonia is also included in the 12-round series after being called-up at short notice to host a widely-praised post-lockdown restart event in September.
It was the Baltic state’s first WRC appearance.
“Estonia’s championship debut a few weeks ago proved a massive success, even more so given the short time available to the organisers to prepare the rally. It fully deserves to retain its slot for 2021,” Siebel said in a statement.
The 2021 season features nine European events and three outside Europe.
It has been strategically designed to allow for a continued Covid-19 impact on international sport by scheduling the majority of rounds from June onwards.
The season kicks-off with the traditional season-opening Rallye Monte-Carlo in the French Alps. It will be followed by Rally Sweden, the series’ only pure winter fixture.
Croatia forms the third round and will be held on April 22-25. It is the opening pure asphalt encounter and will be based in the capital city Zagreb.
Portugal’s late May fixture is the first of three hot weather gravel rounds.
It is followed in June by Italy and Kenya, which completes the opening half of the championship.
Fast dirt road rounds in Estonia and Finland open the season’s second sector in July ahead of August’s United Kingdom date.
The WRC Promoter is in discussion with the UK governing body, Motorsport UK, which is working to confirm the required government funding.
An announcement is expected to be forthcoming, said Sibel.
Two of the final three rounds take place outside Europe.
Chile and Spain precede Japan, which hosts the coveted final round in November.
Japan’s inclusion, 11 years after the previous WRC fixture there, marks mainstream Asia’s first appearance since then.