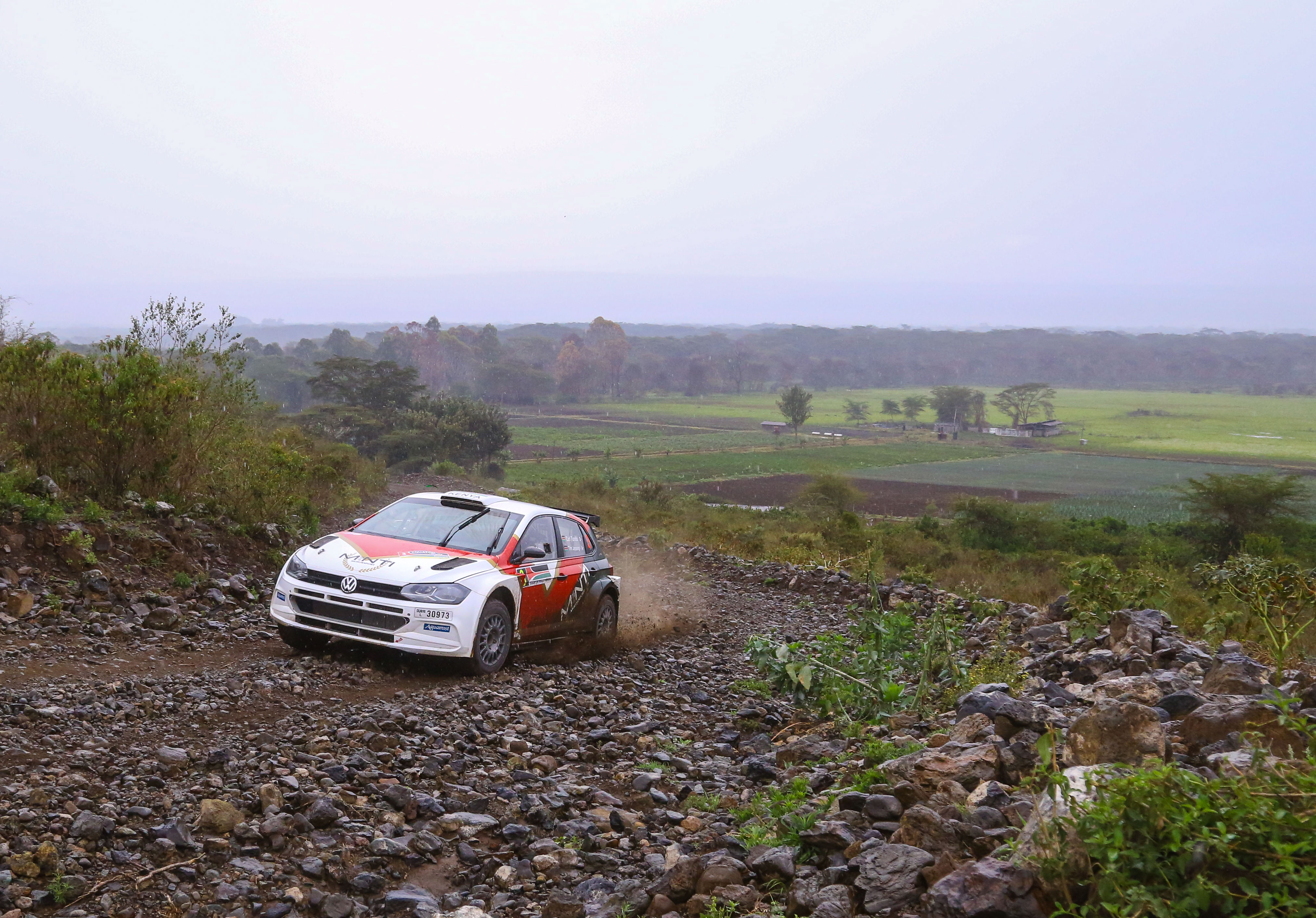 On his very first outing with the Minti Motorsports VW Polo R5, the five-time Safari Rally winner thrived through wet conditions as he led the Kenya round of the continental series from start to finish.

Tundo’s prowess in the wet and slippery roads of Leg One’s Soysambu section in Naivasha on Sunday today earned him a massive 12:08.6 minutes margin victory over compatriot Tejveer Rai (VW Polo R5) Jas Mangat completed the podium position in the dash in a time of 03:03:32.1.
South African Guy Botterill (Toyota Etios R5) was time-barred at service while lying third.
Tundo scored back-to-back fastest times on the Malewa and Loldia sections to extend his lead to 10:10.3 minutes after the 53.72km three-stage loop.

Onkar Rai was fastest through the Kedong stage. Tundo, who is known to be the master of muddy conditions, had dominated Saturday’s Soysambu leg, where he claimed the day’s six stages to build a massive 07:15.1 minutes lead over compatriot Tejveer Rai.

The two-day event claimed top drivers former winner Baldev Chager, Onkar Rai and Ian Duncan on Day 1 but who rejoined the race on Leg 2 on the ‘Super Rally’ rule which allows competitors to restart but suffer penalties of each stage missed. Tundo won six of the 11 stages. After the victory, he said: “It’s amazing. It’s always good to win. I am not going for the ARC obviously, but I am happy to get maximum points in the first event.” 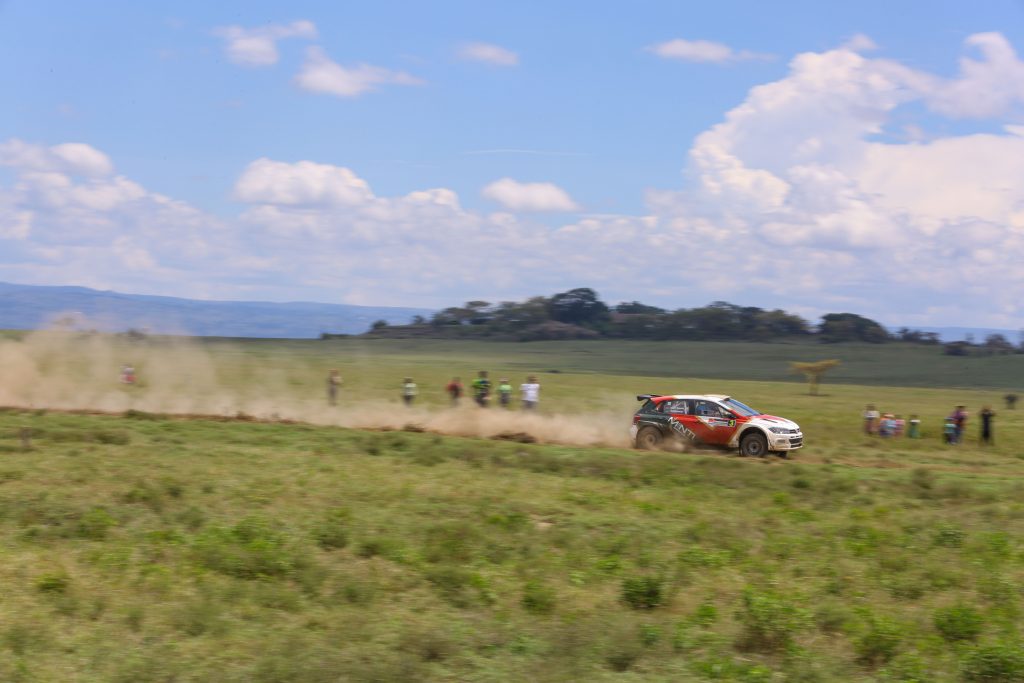 He said: “Had it not been for Onkar Rai snatching the Kedong stage, I would have won all the 11 stages. The volcanic ash soil in Kedong gave us a little more grip so it was actually a really nice stage. I drove the last loop like a granny as I had a healthy lead and didn’t want to risk anything. The essence was to just get the car back in one piece.”

”Tundo was overly excited about the new car that he will be using for the WRC Safari Rally Kenya slated for June this year.“The new car is fantastic. I was able to adapt to new conditions. It’s always good to know the roads and know what we have to tackle. But obviously, WRC guys are in a different league, so we’ll just be fighting among ourselves at the back,” he said.

South Africa’s Botterill extended his lead on the ARC log with 50 points but candidly admitted his Toyota R5 car took quite a beating.

“We struggled quite a bit on Leg 2 on the Kedong stage. Our car once again suffered overheating. It was a really tough stage for us. We took it cautiously as no one risked pushing. We just needed to score points without any damage. The WRC is going to be a very long and hard event,” said Botteril.