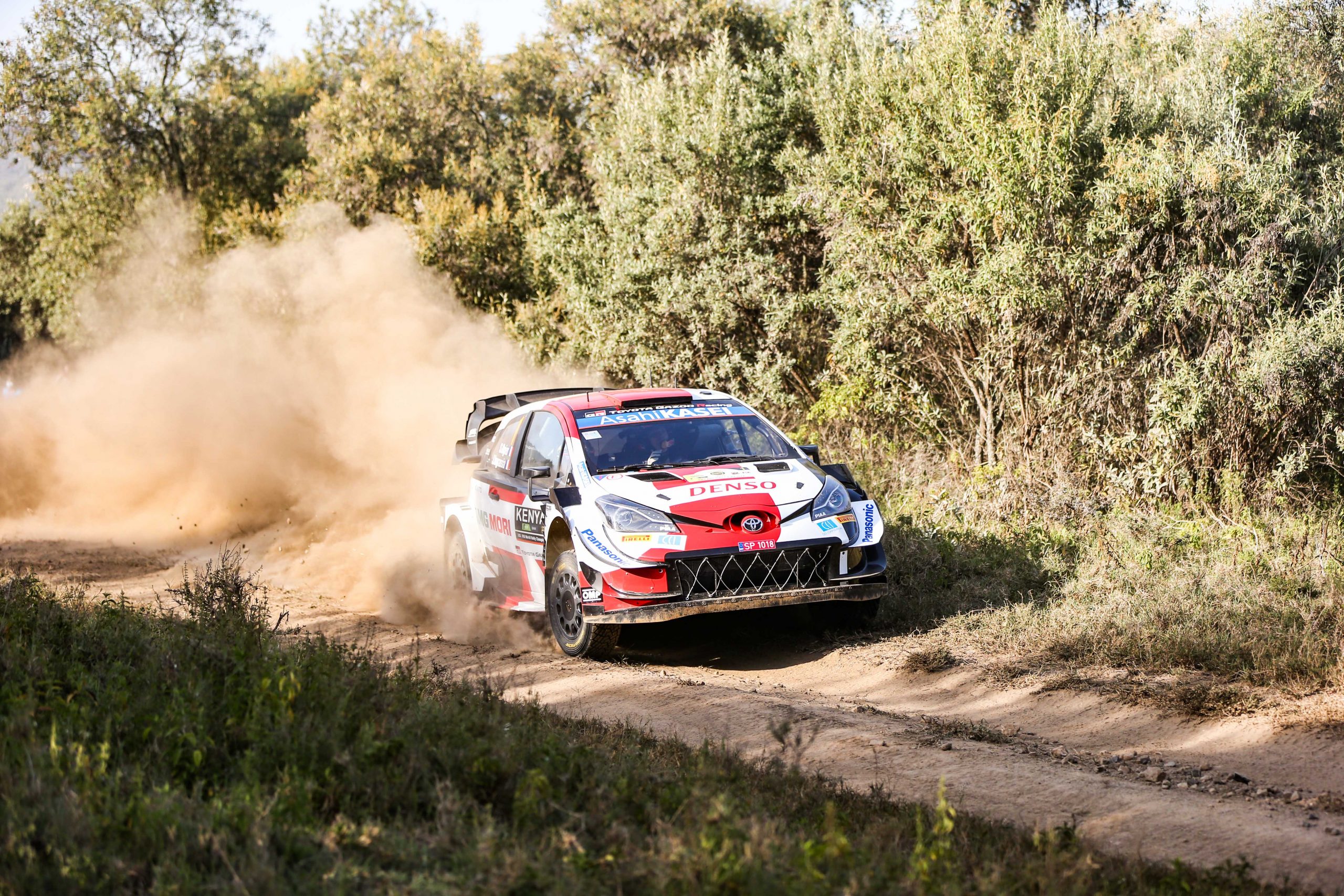 Friday, June 25th, 2021
Car 1. OGIER/INGRASSIA
Clipped a low bank and survived a high-speed moment early in the special and then
overshot a corner in the Yaris after 8.5km. Finished the stage with a left-rear damper
issue and began to work on the car after the stage.

Car 33. EVANS/MARTIN
Less than 300 metres from the stage finish the front right-hand side suspension gave
way and Evans was stranded. He parked up by the side of the stage to try and carry out
emergency repairs and Scott Martin moved the guilty rock from the stage before his team
mates arrived.

Jari-Matti LATVALA – team principal of Toyota Gazoo Racing
“At the moment we confirm that Elfyn has retired for the day. A huge rock on the right
hand corner and he went a bit too wide and damaged the suspension. It was too
complicated to repair it. The problem with Sébastien is the rear suspension. It appears he
has lost oil from the rear damper and he may have to drive slowly on the next one.”

Car 11. NEUVILLE/WYDAEGHE
Overshot the same junction as Ogier after 8.5km and lost his early stage advantage.
“Incredible, very different. I was close to roll the car in the ruts a couple of times. At the
beginning I could have been faster but we need to survive.”

Car 8. TÄNAK/JÄRVEOJA
“The only target was to not damage the car. It is already very demanding. The second
time will be very difficult.”

Car 69. ROVANPERÄ/HALTTUNEN
Finished the stage with choking dust coming into the car. “It was incredible stage. The
conditions is so bad. There are so big ruts. At the end of the stage I had a puncture now.
There is so much dust in the car, I cannot breath.”

Car 18. KATSUTA/BARRITT
“We had to check every time (warning light in the stage).”

Car 6. SORDO/ROZADA
Lost control of the i20 after 28.8km, swiped the banking and spun backwards to a
standstill after damaging the car.

Car 44. GREENSMITH/PATTERSON
“Horrific. And that was the first pass. I think quite early on we broke the anti-roll bar at the
back. Keep going..”

Car 16. FOURMAUX/JAMOUL
“I was careful in the rough sections. Even in the sections where we can push there are
things that you cannot see and you try and avoid. A lot of things happened on this stage.”

Car 2. SOLBERG/JOHNSTON
Oliver was working on the i20 and a misaligned wheel on the road section after SS2. He
was then reported to be parked one kilometre from the stage start continuing to work on
the car after missing his allotted start time.