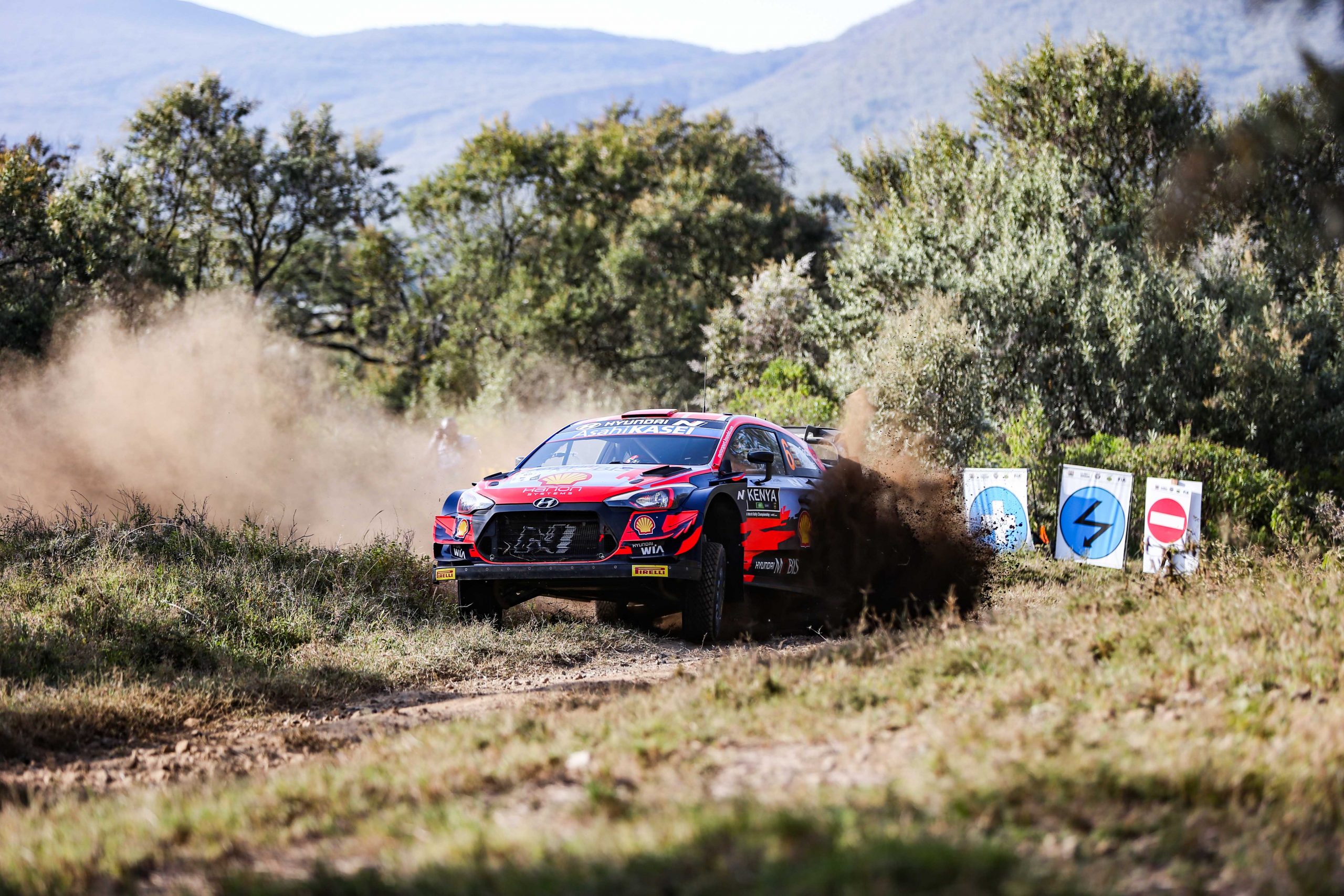 Car 1. OGIER/INGRASSIA
“Not so much speed actually. It was very slippery and sandy. Absolutely no grip. We had
to make it through.”

Car 33. EVANS/MARTIN
“Very slippery and very narrow and difficult to see with dust on the screen.”

Car 11. NEUVILLE/WYDAEGHE
“This is something. The ruts were much deeper than on the recce. I struggled a bit with
the understeer. The road is so narrow and it is so difficult to find the right line. I tried to
optimise the traction but it was not an easy stage to start with.”

Car 8. TÄNAK/JÄRVEOJA
“It’s tricky. The washer is on all the time with the dust.”

Car 69. ROVANPERÄ/HALTTUNEN
“It’s really difficult. I have not driven in that type of stage before. I had no grip at all in
these really narrow places. You just try and get through it.”

Car 18. KATSUTA/BARRITT
Stalled in a corner. “I don’t know why. I used the clutch and immediately the engine did
not have power and I had no power and the engine stopped. There’s a long way to go. It’s
fine.”

Car 44. GREENSMITH/PATTERSON
“For me, it felt so rough already. It’s better to be at the front, for sure. Need to do some
work to get the car to turn a bit better.

Car 16. FOURMAUX/JAMOUL
“It’s really slippery to be honest. Much more than we expected. To protect the car you also
need a stiff set-up. But I think we are too stiff. No grip. We were short in service time, but
the guys did a good job. All is okay…!”

Car 2. SOLBERG/JOHNSTON
“It was a bank after a dip (impact registered on an FIA sensor). It was a very difficult
stage. Much worse than I expected.” The car is reportedly crabbing quite badly away from
the stop control.

Car 37. BERTELLI/SCATTOLIN
“I think it was an adventure, so slippery. The ruts were so deep, so we just went through.”

Car 23. PROKOP/JURKA
Left service late after suffering minor fuel feed and engine starting issues which the Czech
put down to the altitude.