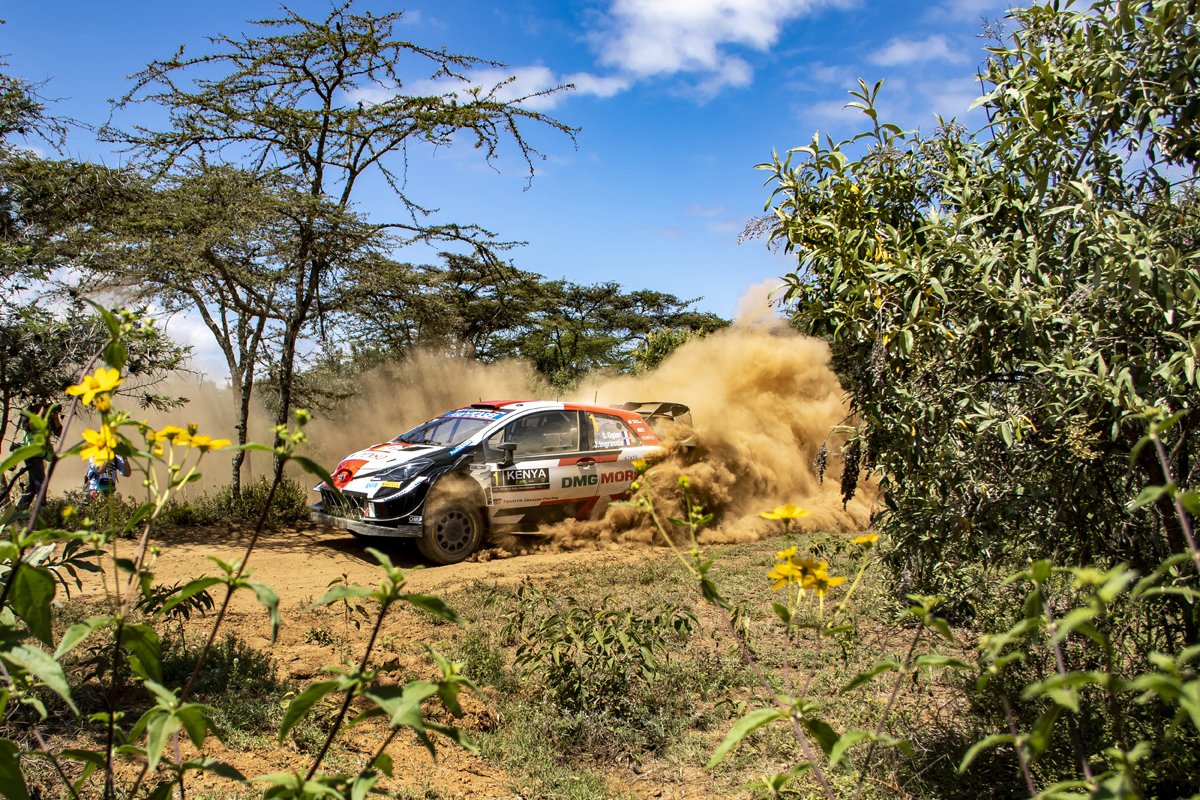 Car 1. OGIER/INGRASSIA
“One out of one is not so bad. We had amazing support from the people. It has been
incredible. The people have been cheering for us. It is a beautiful country. It is a great win
for us. After the trouble on Friday we had a good weekend. Well done also to Taka. It was
not easy to catch him. It was a great result for the team.

Car 33. EVANS/MARTIN
“Obviously we wanted the points. In places we were losing time, going a bit wide. It’s so
difficult to judge. We gave it a go.”

Car 8. TÄNAK/JÄRVEOJA
“This rally my approach was 50-60% max to not make so many mistakes and be as
smooth as possible. My aim was to have no trouble on this rally. Let’s see now when we
go to Estonia. It should be more fun.”

Andrea Adamo – team principal of the Hyundai Shell Mobis World Rally Team
“This is the third rally in a row where we have a problem. The car has the same
specification as we finished last year with Turkey and Sardinia. It means that we are doing
something wrong. I am not looking for excuses. We need to find what we are doing wrong.
We have the same parts as we were using last year. I am not an engineer but we have to
find solutions.”

Car 69. ROVANPERÄ/HALTTUNEN
“I think with the tyres it was not so bad. It was slippery with the hard. It was a difficult
weekend. It was not the way I wanted to spend the weekend. But a big job from the team.
They kept the car going. Thanks to them.”

Car 18. KATSUTA/BARRITT
“That’s good. It’s feeling very good. It has been a very long weekend. Everybody had
some problems but we survived. I am very happy for the team.”

Car 6. SORDO/ROZADA
“It was not a really good weekend for us. We had the problems on Thursday and we lost
all our possibilities there. Still, Ott and Thierry had chances but it was not like this. Now
we have a really bad period for the team but we will come back stronger.”

Car 44. GREENSMITH/PATTERSON
“I tried to drive smart and stay out of the lines and find the grip. It has been a pretty good
weekend all round.”

Car 16. FOURMAUX/JAMOUL
Right rear tyre off the rim. “To be honest thanks to all the team at M–Sport for the
opportunity and to Malcolm (Wilson), who is watching us. The car was perfect and we had
no issue. Maybe I have to push more if I come back next year. It’s my second WRC rally
on gravel and I had my first stage win.”

Car 37. BERTELLI/SCATTOLIN
“It has been a lesson, an incredible experience. A bit disappointed with the problem on the
car on Friday but we are happy to be here. It has been an amazing weekend.”

Car 24. RAI/STURROCK
WRC3 winner. “It’s amazing. I hope he’s watching (my brother). It was a really hard drive
and I am so happy that Kenya has got it back.”

Car 27. PATEL/KHAN
Second in WRC3. “It’s been quite tough for both of us and for the team. We are really
thankful for the position we finished in. We are really happy that the WRC is back in our
home town.”

Car 25. TUNDO/JESSOP
Third in WRC3. “A lot of challenges on this rally and a lot of problems on Friday. If we had
been a bit more sensible we would have been a bit further up. But it’s the WRC – top 10.”