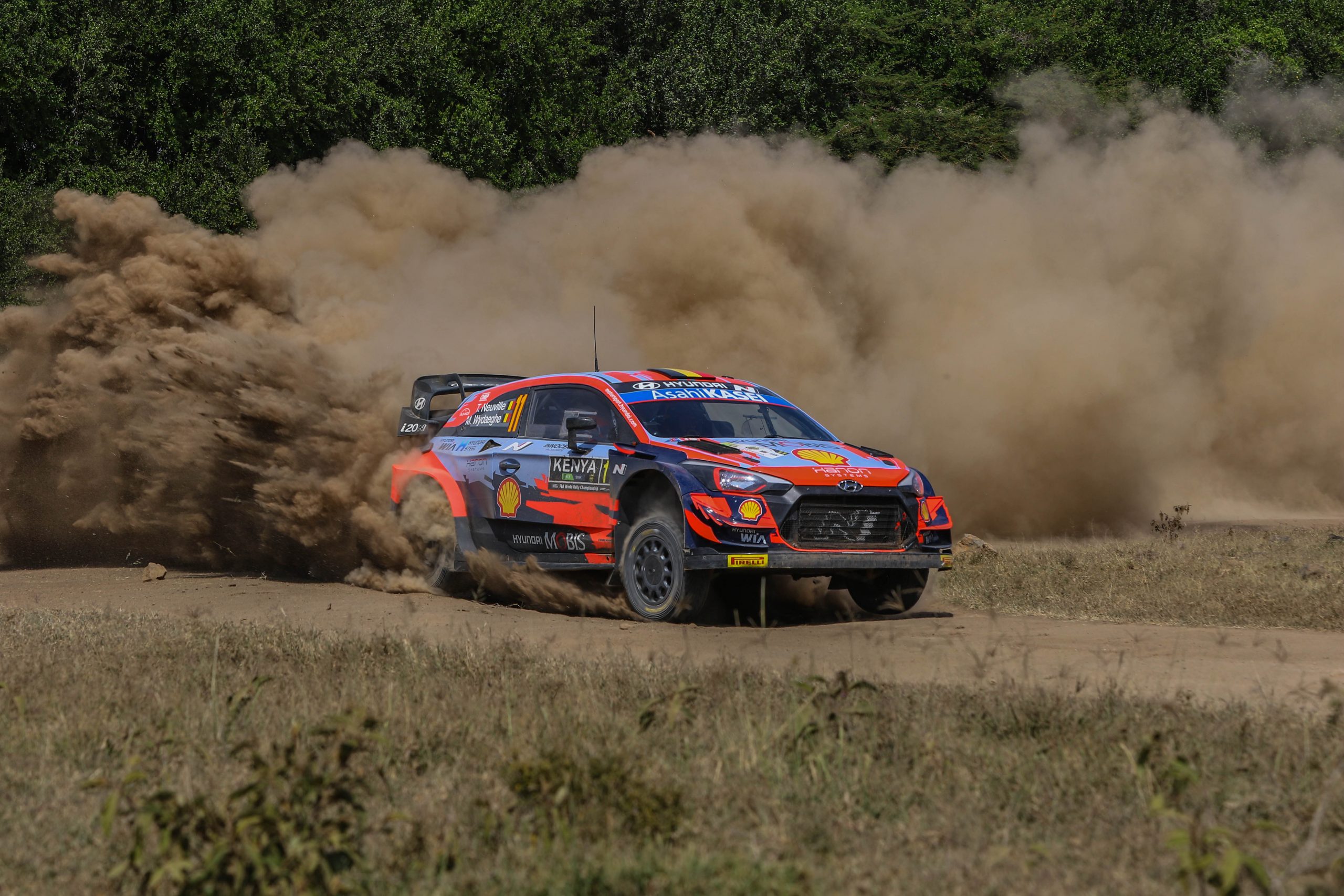 Saturday, June 26th, 2021 — Light rain began to fall with Kalle Rovanperä midway through in the stage and it became
heavier in localised areas when Adrien Fourmaux was in the special at the15-20km point.

Car 1. OGIER/INGRASSIA
“Very difficult. A lot of heavy rain at the beginning. I could not see anything. It was like
driving on ice.”

Car 11. NEUVILLE/WYDAEGHE
“I don’t know. I took quite some risks because I knew Ogier was 12 minutes in front and
he had a much drier road. I am really satisfied that we are here.”

Car 8. TÄNAK/JÄRVEOJA
Suffered a misted windscreen in heavy rain at the start of the stage and was forced to
stop midway through to clear the screen. “My side of the screen (demist) was not
working. Martin’s side was working and mine was not.”

Car 69. ROVANPERÄ/HALTTUNEN
Missed the heavy shower. “Not really (rain) in the first part of the stage, the ground was a
bit more compact and it was helping a bit.

Car 18. KATSUTA/BARRITT
Damaged rear suspension at the stage finish. “Very scary. I never feel that kind of feeling.
In the beginning it was okay and then the storm came and I could not see anything. I’m
here..”

Car 6. SORDO/ROZADA
“Today was slow. The only target we had was to arrive at the end. We enjoyed some of
the stages more than others. But the road cleaning effort is very high.”

Car 44. GREENSMITH/PATTERSON
Got caught in the heavy rain shower and spun the car. He dropped 29 seconds to
Fourmaux in the battle for fifth place. “Horrific. I had to stop the car. There was just no
grip.”

Car 37. BERTELLI/SCATTOLIN
“Rough. I had some big impacts but at least we went through safely. We are happy to be
at the end of the day. I think by a few minutes we missed the rain..”