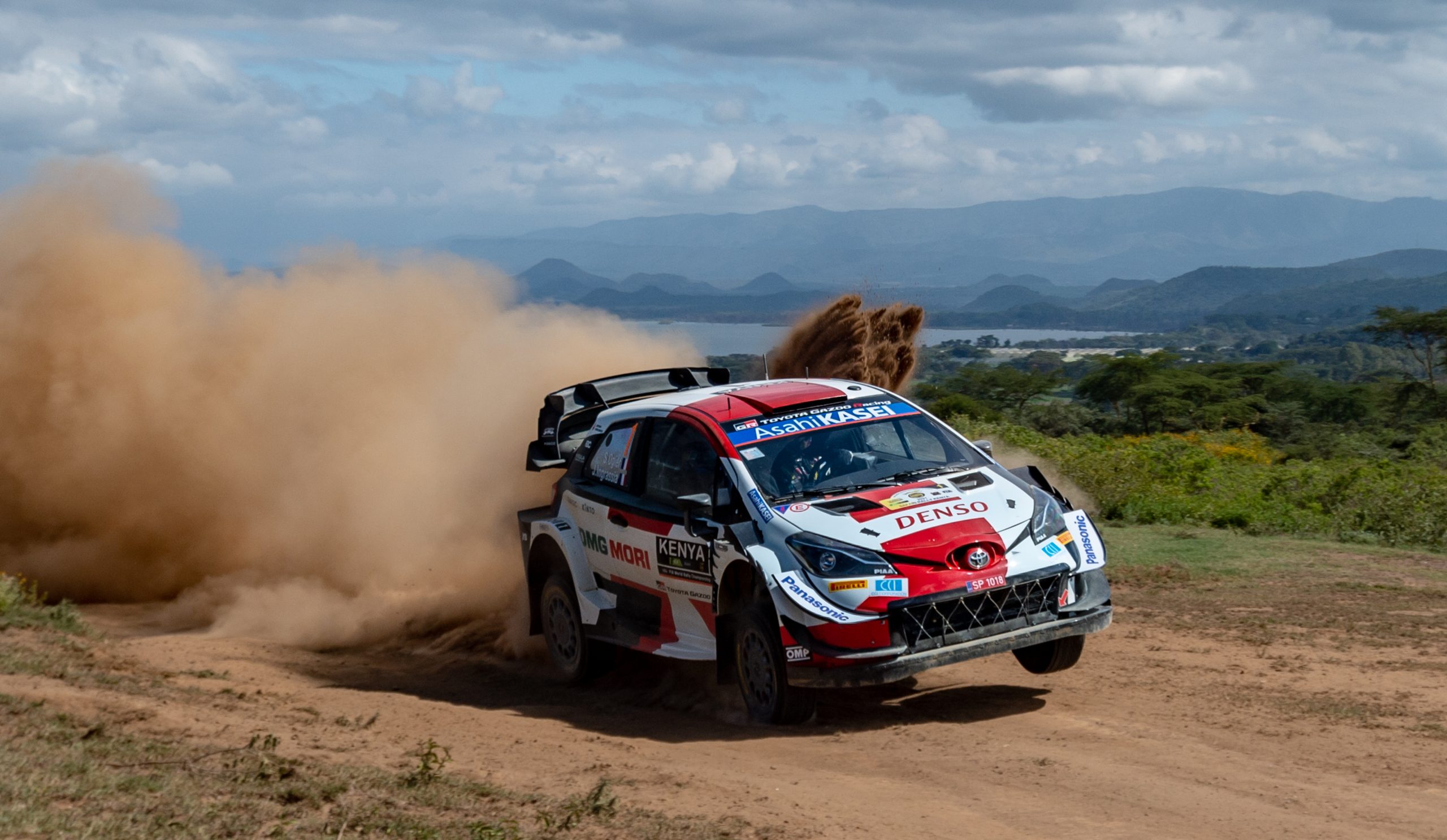 NAIROBI (KENYA) Wednesday, June 23rd, 2021 — Sébastien Ogier and Julien Ingrassia topped the times on the 5.4km Loldia shakedown stage that got the first competitive action underway at the Safari Rally Kenya since 2002.

The Toyota Yaris WRC driver was quickest at 15.50hrs, a mere one-tenth of a second in front of team-mate and title rival Elfyn Evans.

Takamoto Katsuta was edged out of the top three late in the session by Thierry Neuville and Dani Sordo, as the leading drivers in the world got their first taste of what to expect over the weekend.

Ogier was the first driver into the shakedown and the seven-time World Rally Champion carded an opening target time of 3min 54.8sec. After his first pass, he said: “It’s amazing nature here. We have seen amazing scenery already during shakedown. We have to be more clever than ever this weekend.” 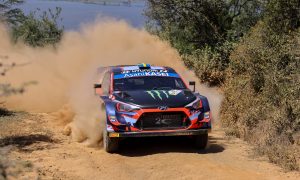 Evans beat his team-mate by 0.2 seconds on his first pass but Tänak then ran 1.2 seconds quicker to take the early initiative and Katsuta slotted into second with a run of 3min 54.2sec. “I think it will be demanding with a lot of surprises,” said Tänak.

“After that first shakedown run we can imagine an interesting event. It’s going to be rough and tough and a huge challenge for us. We wanted some adventure and now we have to face it,” said Neuville, who opened with a 3min 57.3sec run.

But Sordo was in flying form and the Spaniard stunned his rivals with a flying time of 3min 48.7sec to top the early times. “It was tricky and really narrow and fast at the beginning. I made a few mistakes but it was okay.”

“That was one of the easier stages and that was rougher than we usually do,” admitted Greensmith, who tied with Evans on his first pass. “It’s going to be a very long weekend.” 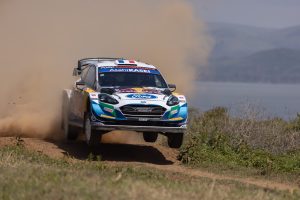 Oliver Solberg’s first experience of Kenya was a miserable one and the youngster clipped a rock 3.1km into his first pass and damaged the Hyundai’s suspension, the Swede’s demise spoiling Lorenzo Bertelli’s first pass when the stage was red-flagged to enable officials to remove the stricken i20.

Greensmith was the first driver to carry out a second pass and the Briton moved up to second with a run of 3min 51.8sec only to be passed by Evans, Ogier, Tänak and Neuville. 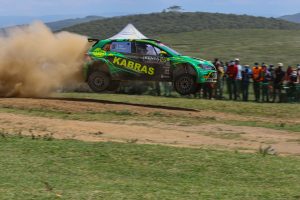 Katsuta moved into the top three with a third pass of 3min 45.6sec and Greensmith’s third run also catapulted the Ford driver up the leader board behind Ogier and the Japanese. Gus then went even quicker on his fourth run but remained in third place until Evans displaced him and moved into second behind Ogier. The Frenchman then ran even faster on his fourth pass to consolidate his position at the top of the rankings with a 3min 42.6sec, as Evans missed out on top spot by one-tenth of a second on his fourth run.

Cars will be flagged off from the start at the Kenyatta Conference Centre from 12.52hrs in the planned presence of the Kenyan President, His Excellency Hon. Uhuru Kenyatta and Dr. Amina Mohammed, Cabinet Secretary for Sports, Heritage and Culture of Kenya.

The first competitive WRC Safari action in 19 years then kicks off with a short super special stage of 4.84km at Kasarani, before the return to the service park on the shores of nearby Lake Naivasha.