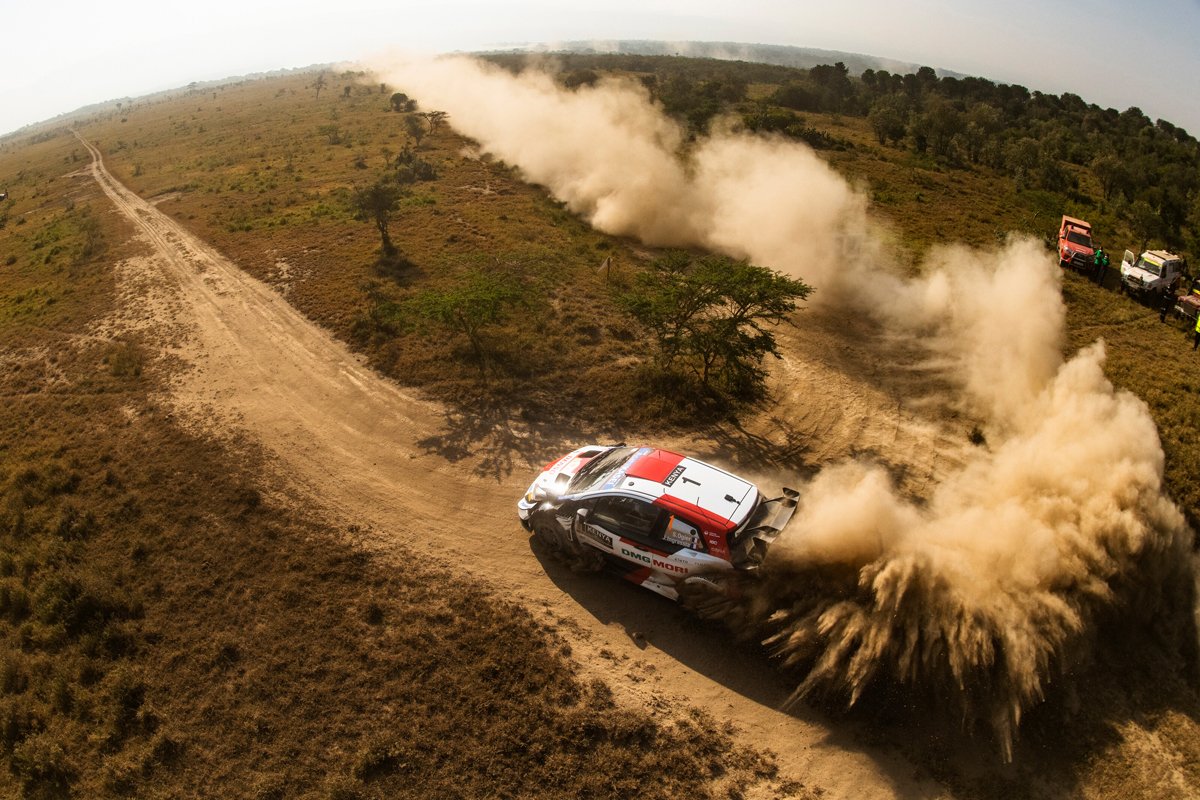 Attention turned to the Wolf Power Stage and the second run through the regraded Hell’s Gate (10.56km) with crucial bonus points at stake for the fastest five drivers.

After the Kenyan trio of Onkar Rai, Karen Patel and Carl Tundo had confirmed the top three places in WRC3, Sordo laid down the Power Stage gauntlet with a run of 6min 17.517sec but a flying Evans was 9.135 seconds faster than the Spaniard.

Rovanperä pushed hard and managed to sneak inside Evans’s target by 1.183 seconds with a new fastest time of 6min 07.199sec. Fourmaux and Greensmith were unable to match the Finn’s time but confirmed two solid finishes for the M-Sport team.

Tänak was desperate for Power Stage points and the Estonian managed to beat the benchmark by 0.734 seconds to snatch the fastest time with Ogier and Katsuta still to run. The Japanese confirmed a career-best WRC finish but was not able to match the target time.

That left the stage free for Ogier but the Frenchman was more concerned with securing a first Safari win and he finished the Power Stage in fourth place to seal outright victory by the margin of 21.8 seconds.