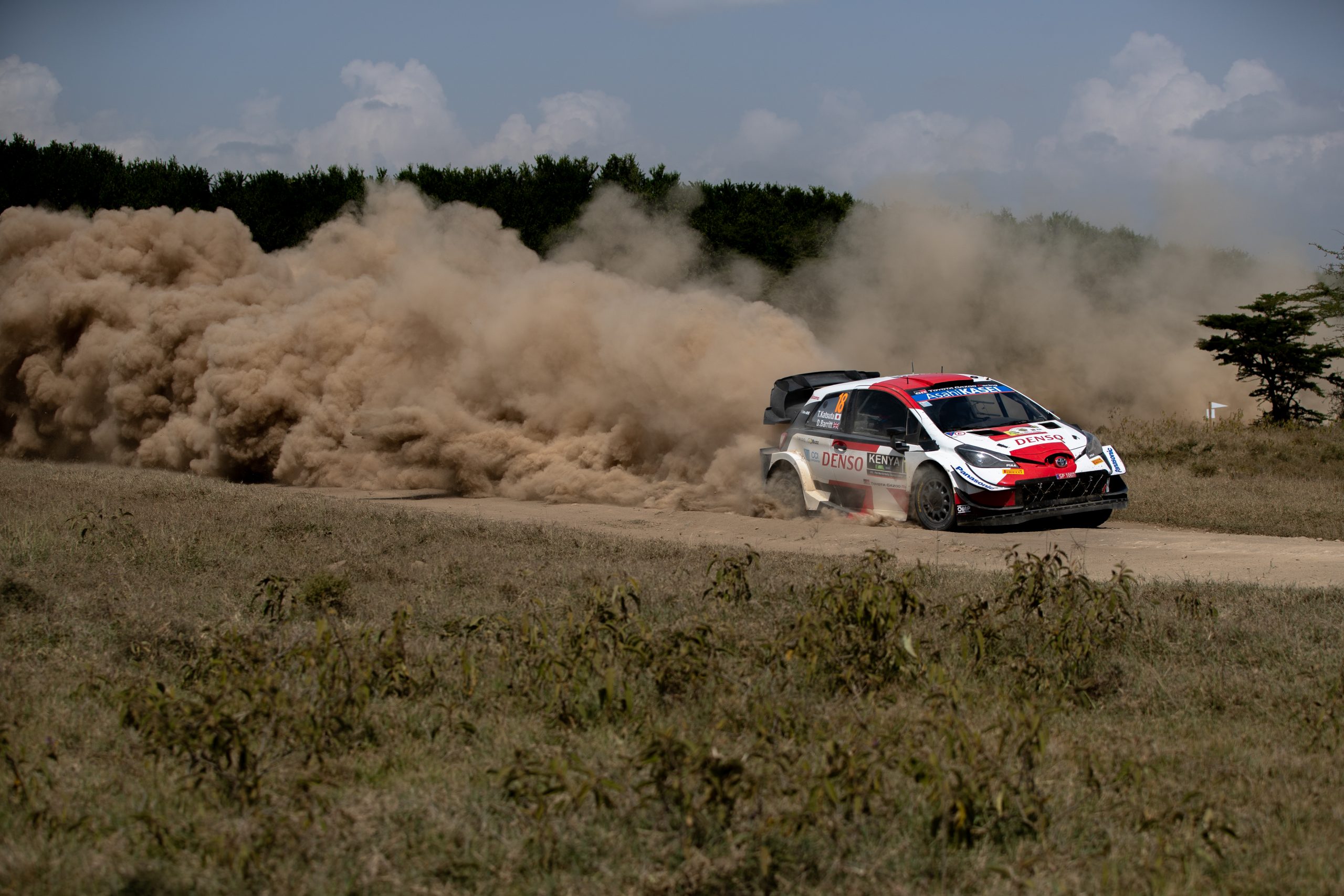 The first pass through Hell’s Gate was shortened to 5.63km by rally officials after regrading and repair work. Crews were then permitted to recce the repaired section for the subsequent Wolf Power Stage after the stage finish.

Hyundai confirmed that Neuville would not be able to continue after breaking a rear damper on the previous stage. The Belgian’s demise lifted Katsuta into the outright lead, but he was running on a far from ideal tyre option and was coming under severe pressure from Ogier.

Evans was closing in on 10th overall and he carded the fastest time of 3min 14.3sec to move within seven seconds of Lorenzo Bertelli.

Fourmaux pinched another one-tenth of a second from Greensmith, who summed up his thoughts: “It’s hard to put into words this rally. One minute it’s fine and then it’s going end-over-end – metaphorically!”

Ogier continued to reel in Katsuta and his team-mate’s rally lead was reduced to 0.8 seconds heading to a single pass through the abrasive Malewa stage. But Katsuta led a WRC rally for the first time with three stages to go.