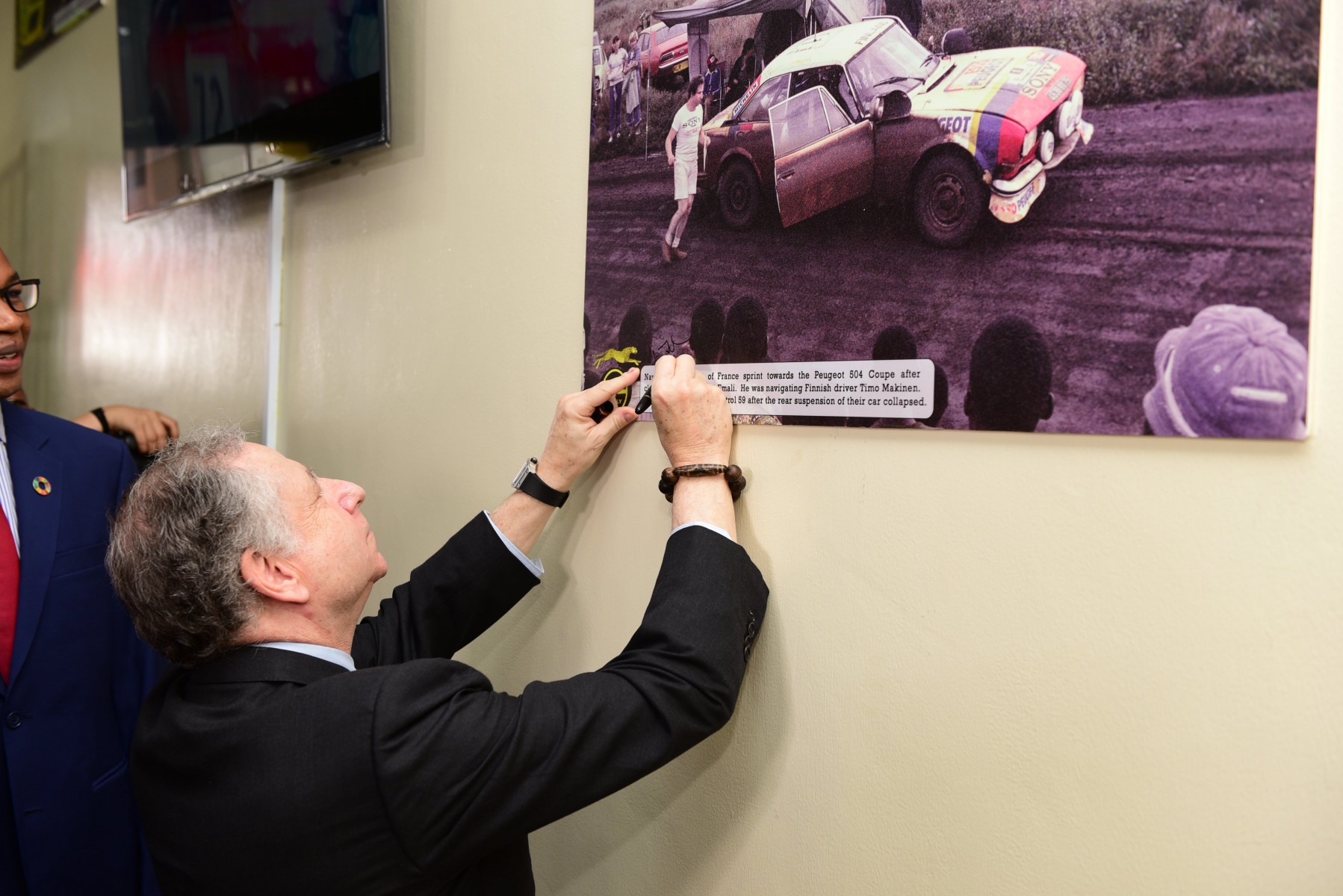 Nairobi, Kenya, November 23, 2020 — International Automobile Federation (FIA) President Jean Todt arrives in Kenya tomorrow (November 24, 2020) for a three-day official visit, his first to the country in two and a half years.

The Frenchman will launch the WRC Safari Rally Greening Legacy Project by planting the first of 19 million trees projected to be planted in the next three years to commemorate the return of the iconic Safari Rally back to the high-profile FIA World Rally Championships (WRC).

The Safari Rally has been missing from the global calendar for 19 years.

The tree-planting ceremony will be presided over by Sports, Culture, and Heritage Cabinet Secretary Amb. (Dr) Amina Mohamed and other top government officials at the WRC Safari Rally Headquarters at the Moi International Sports Centre, Kasarani, from 12:30 pm.

On Thursday, the FIA President, himself a Safari Rally veteran, is also scheduled to inspect the WRC Safari Rally Service Park at the Kenya Wildlife Service Training Institute where all activities of the 2021 Safari Rally will be co-ordinated from.

He will later deliver a keynote address on the Kenyan event at the Lake Naivasha Resort Safari Rally headquarters.

Todt last visited Kenya on February 27, 2018, when he opened the Safari Rally’s Kasarani secretariat and expressed his desire to see the return of the Safari, dropped in 2002, back into the WRC fold.

He was present during the signing ceremony between the FIA WRC commercial rights holder, WRC Promoter, and the Kenyan government on June 21 in Paris, when Kenya was granted rights to host the 2019 Safari Rally as an FIA WRC Candidate Event.

This paved way for the FIA to observe last year’s Safari, held from July 5-7, which the federation’s delegates gave top marks thus paving way for the return of the Safari back into the WRC from this year.

The FIA President also met the WRC Safari Rally Patron, President Uhuru Kenyatta, in Nairobi two years ago and in Kingston, Jamaica, on the sidelines of the Jamaican Independence Day celebrations which resulted in the restoration of the Safari Rally’s WRC status.

Todt personally chose to inform the Kenyan people of the FIA World Motorsport Council’s decision to include the Safari in the 2020 WRC calendar through a live video link from the federation’s headquarters in Geneva, Switzerland, on September 27 last year.

However, with the Covid-19 pandemic throwing global sport into a spin, the Safari Rally and most of the 2020 WRC rounds were either postponed or cancelled altogether since March this year.

It is primarily for this reason that Todt is in Nairobi to assess the WRC Safari Rally’s preparations for the eagerly-awaited return to the global calendar in 2021.